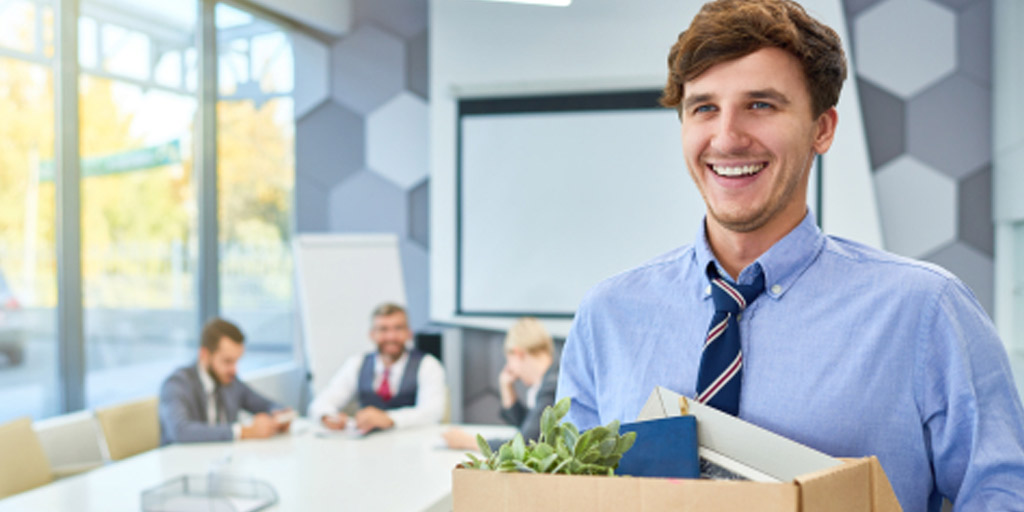 Spring is almost in the air. Trees are starting to sprout leaves, flowers are preparing to bloom—and many job seekers are pursuing new opportunities. We wish all job seekers were leaving to pursue their dream job, but the reality is that many are leaving in hopes of a better opportunity or environment. It could be that the job or company has grown tiresome, or even worse. But, just because you have fallen out of love with your current company, or are doing cartwheels at the thought of escaping, doesn’t mean you should take this opportunity to vent your wrath at your previous employer!

Resignations invariably come with an exit interview, and if you’re someone who has been suffering under poor leadership for some time, it can be tempting to release a wave of criticism during your interview. Months, even years, of pent up feelings could lead to a disastrous discussion. It’s not a good idea to burn bridges though. You never know if you will need a current reference or run into a coworker in the future. So, take a deep breath, remember that you’re escaping soon, and follow these tips for a successful exit interview.

Gathering your thoughts beforehand is an important step. It allows you to look at your overall experience and eliminate any emotionally-charged thoughts. Sure, you may have hated your boss’s sarcasm, but that’s not a constructive point to bring up. It might leave you looking petty and unable to work with different personality types. Instead, look at it more objectively.

Don’t say: Rick’s sarcasm was way too much to handle. I hated talking to him.

Do say: It would’ve helped me be more productive if I had received feedback in a professional manner.

2. Talk about some things the company did right

This may be hard to do if you really hated your time there, but showing a company something they did well can help to steer them in the right direction. Even pointing out something small can let them know what employees appreciate.

Don’t say: There really wasn’t much I liked about working here.

Do say: I really liked my coworkers. I think we worked well together and were able to get a lot done.

It’s easy to say “if you fire Rick, everyone will be much happier!” But, that doesn’t qualify as a solution. The company may love Rick and he could be doing great work in their eyes. They will think “wow, it’s a good thing Susan is leaving – she was subversive and probably hurting morale.” Instead, try a less emotionally-charged approach.

Don’t say: Rick was a terrible boss. He was so self-absorbed and rude.

Do say: I wasn’t always sure how I could have an impact on the company. Clearer goals and expectations might have helped me be more productive.

If you really think the company was completely terrible and you couldn’t stand removing your anger from the equation, consider turning down the exit interview. As the saying goes, if you have nothing nice (in this case, helpful) to say, then don’t say it at all. Instead, just focus on your new role and prepare to be the best you can be there.