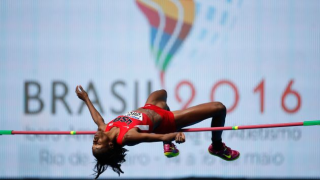 Friday evening marks the start of the 2016 Summer Olympic Games in Rio. Despite controversy over pollution, poor organization and the threat of the Zika virus, here’s hoping that the excitement of competition will overshadow the less than ideal lead-up to the games.

The Olympics are an event unlike any other, when millions around the world are exposed to sports, athletes and stories that don’t get much attention at any other time. Yet the athletes themselves spend years training for the chance to compete in the games. Qualifying alone is a major feat.

These athletes plan their careers – their entire lives – around reaching the pinnacle of their ability at just the right time to earn the right to represent their country and compete on the Olympic stage.

There is no shortage of inspiration to be found in the accomplishments of these athletes, and in the physical achievements on display during the games. But when it comes to reaching your own career goals, there’s even more to be learned by what no one sees – the months and years of commitment and hard work required to turn athletes into Olympians.

Reaching big goals takes time. While the Summer and Winter Olympics are now staggered to take place every two years, athletes dedicated to a specific sport and seasons have four years between games to plan and prepare. Many are looking ahead to their next shot as soon as the closing ceremonies are finished. They have coaches, detailed workout and nutritional plans and benchmarks to keep them on track over the weeks, months and years of training.

Take a page from their training plan and consider what your own career goals are, not just for your next performance review, but next year and five or even ten years down the line. Then, draw up a plan for how you can achieve your goals, whether that means going back to school to acquire new skills, going for a promotion or changing careers altogether.

Lesson #2: But do the hard work today.

Those training regimens that Olympians follow mean that every day has a plan and a purpose, whether it’s tackling a challenging workout or tapering before a big event. The goals are lofty and take time to reach, but they’re achieved in the day-in-and-day-out commitment and hard work. When we tune and watch them hit the track or the pool, we’re seeing the payoff of countless days and hours of hard work and setbacks.

So while you’re making your big plans for five years from now, remember to show up for all the days in between. Kill that presentation. Go the extra mile to bring in a great new hire. Bounce back from a tough week. It all matters.

Lesson #3: Don’t rule out a comeback.

Speaking of bouncing back, Olympians have plenty of practice with developing their resilience. From bad workouts to injury to the ultimate disappointment of falling short on the biggest stage, no athlete is immune to setbacks – even when they’re planned. Pro runner Steph Rothstein received lots of media attention earlier this year as she documented her attempt to earn a spot on the US team just months after having her second child. While she fell short at the Olympic Trials in July, she became an inspiration for working mothers who have their own challenges with reentering the workforce after maternity leave or an extended time at home.

An even more famous example is Michael Phelps, who announced his retirement after the 2012 Summer Games in London, where he became the most decorated Olympian of all time. By 2014 however, Phelps was “bored” of retirement and decided to compete in Rio after all. Incidentally, Phelps has also welcomed a new baby in recent months, but it didn’t have quite the same impact on him physically. (There’s some gender inequality you just can’t fight.)

Know that even the most elite in their field go through setbacks and transitions – planned or otherwise –and let that be a source of inspiration in your own career. Even if you’ll never swim the 200-meter in 1:54.