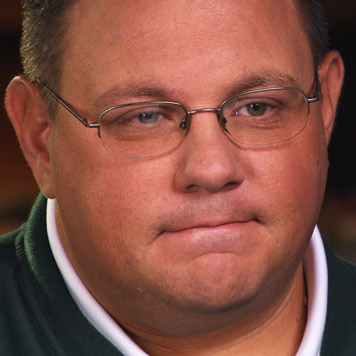 I watch 60 Minutes every week and this week they did a story about a high school football coach named Frank Hall from Chardon, Ohio. Frank is just an ordinary guy with extraordinary character.

One never knows how they will react in such a situation but all I know is I’d want that guy on my team.

There is no way to predict what we would each do in a time of crisis, but wouldn’t it be fascinating if there was a way to know how you’d respond? And then you could include that as a skill on your resume?

A skill like that would probably be one of the few things recruiters look at when they spend six seconds scanning a resume.

I know I’d look at that.

Now I’m not recommending that you make up some skill and include it on your resume; I’m just making the point that some soft skills and experiences are more impressive and sought after than others.

In fact, in a recent survey by Nexxt and Millennial Branding, 84% of employers said that they’re looking for candidates with good communications skills and positive attitudes. Now if humble hero doesn’t qualify as the best type of attitude out there, than I don’t know what is.

So when you’re putting your resume together don’t worry that you might not have gone to the right school (65% of employers said they would consider a candidate that didn’t go to college) or that you only came in second place in last month’s sales contest. Be confident that your great character is the thing that will ultimately get you hired.

If you find yourself unhappy with your job for any reason and you’re not sure what to do next, here are 6️⃣ things to keep in mind to feel happier at work. https://www.nexxt.com/articles/how-to-be-happier-at-work-23028-article.html