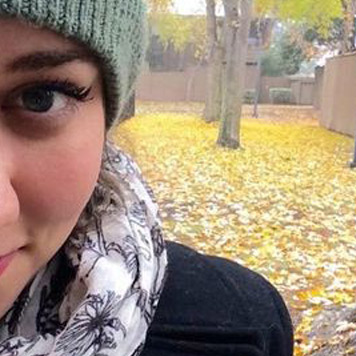 Last week a 25-year-old employee on Yelp/Eat24’s customer support team posted an open letter to her CEO about her struggles to survive on her entry level salary.

In it, she describes subsisting on a 10-pound bag of rice and the free food provided in the company kitchen (which apparently they’re not allowed to take home – gasp!) and recounts the time she got stranded without a way to get to work until a CVS employee lent her the $6 she needed for the train. She explains how 80% of her take-home pay goes toward paying her rent, leaving her to make some tough choices about how to stretch that last 20% across all of her other expenses. It certainly sounds stressful. But is that her CEO’s problem?

She goes on to ask him, “Have you ever been stranded inside a CVS because you can’t afford to get to work? How much do you pay your gardeners to keep that lawn and lovely backyard looking so neat?”

Since then her letter has sparked some serious backlash – not about the shamefully low wages in this country (though she certainly has some support on that issue) but more about the brazen and classically Millennial sense of entitlement that runs throughout her 2,392-word rant. Most notably, she received this rebuttal from an older, wiser Millennial 4 years her senior who subscribes to the suck-it-up school of career success.

If her goal was to create awareness about our country’s wage issue or to somehow negotiate a higher salary, she may have missed the mark, because her passion comes across as resentment and what could have been a powerful argument becomes easily dismissed as the irrational whining of a kid who isn’t getting his way.

I mean, I get it – she’s clearly hangry from her all-rice diet. But placing blame on her CEO and questioning the merit of providing snacks and coconut water to employees rather than paying them more seems a little extreme. What ever happened to personal responsibility?

Did I mention she lives in San Francisco, which has the highest cost of living of almost any US city? And she doesn’t have a roommate to defray the cost of her rent, which would be a great place to start.

She even complains about her health insurance co-pays, despite admitting “I’ve got vision, dental, the normal health insurance stuff — and as far as I can tell, I don’t have to pay for any of it!” Well, guess what, even with a $20 copay free healthcare is pretty amazing.

So, what can the average job seeker learn from all this? Here are a few thoughts:

What do you think? Is she an example of Millennial entitlement or a victim of corporate greed and unfair pay? Have you had to take a job that paid less than you could comfortably live on?

Job Negotiation Tip: When negotiating for a higher salary, keep the conversation about the work and the value you bring. Don't talk about financial debts or your kids tuition, etc…

Resume Tip: If you're an experienced pro your most recent 10 to 15 years of experience matter most, so you’ll want to highlight those and condense your prior experience into a few bullet points.

What was once a document that included a bulleted list of tasks is now a marketing tool with the intent of grabbing attention and that has allowed candidates the opportunity to share more about themselves. The latest to add to the #resume? Pronouns https://www.nexxt.com/articles/pronouns-on-your-resume-yes-or-no--23035-article.html