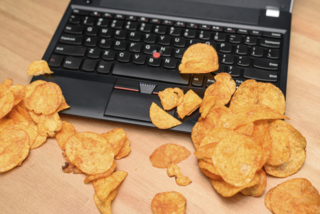 Every morning I like to tune into our local “Preston & Steve” morning show to catch some interesting topics of conversation. They keep me very entertained during my hour long commute. Last week, I just so happened to join right as they began to list out the top 5 most dangerous fields to work in. And while I agree that working in a state-run nursing facility or the air transportation industry can certainly present some unique dangers, I’d like to point out that working in an office environment can be pretty dangerous, too. Yes, I’m serious! Okay, no, I’m really not, but let’s continue in fun with the top 4 reasons anyway.

So clearly, office life isn’t for the faint at heart either. Beside the dangers above, that can truly make you ill, there’s still many other challenges to be faced. Over-powering colognes or perfumes, less than pleasant breath, etc. The list goes on and on.

So if you think those in an office environment are sitting pretty in a cozy cocoon of safety, think again!